Bijleshwar Mahadev commonly known as Bijli Mahadev located on top of Mathan Hills of Kullu Valley at an altitude of 2,460 meters above sea level. Bijli Mahadev Temple is one of sacred temples of Himachal Pradesh that has a “Shiva-Linga”.

This temple is situated in a meadow with lush green forests in the surroundings, 15 kms from Kullu City across the Beas River. This place got its name after the great miracle that occurs occasionally. It is said that the 60 feet high staff of temple attracts the divine blessings in the form of lightning. 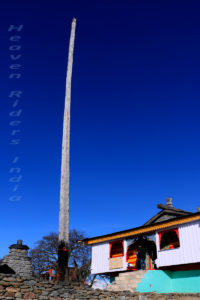 It is believed that  the “Shiva-Linga” of temple is struck by lightning into the pieces with flash of lightning then the priest of the temple collects all the pieces and joins them together with the help of butter and sattoo ( a grain mixture) acting as an adhesive after every lightning episode as it shatters to pieces each time.

According to locals, The Temple is a defender of the valley. Lord Shiva absorbs the energy discharged from the atmosphere and saves them.

During ‘Shivaratri’ great rush of devotees gather here to pay homage to Lord Shiva. It can be approached by a rewarding trek of 3 kms.

Bijli Mahadev Temple is one of the excellent temples in India. It is a ‘Kash’ style temple and built of wood and stone, a form of typical hill architecture with sloping roofs made of wooden planks. Inside the sanctum is a 1.5-feet tall Shiva Linga.

According to legend this episode took place at the Sangam (Confluence) of Parvati and Beas rivers. This is one of the very popular stories in the mythological background of Beas basin, in Himachal Pradesh. As expected the devotees had set up a temple and the lingam in it is named Bijleshwar Mahadev or Bijli Mahadev.

The site of the most striking Temple Bijli Mahadev is breathtaking far away from maddening crowd one can sit in meditation posture to forget all worries of the life. Bijli Mahadev temple is easily accessible by road from Kullu city.

One can reach Kullu first, from New Delhi/Chandigarh/Shimla. There are number of Volvo & state transport buses plying to Kullu-Manali and then get a bus from Kullu Bus Stand for Bijli Mahadev which goes up to Chansari Village. Otherwise one can hire a taxi from Kullu Taxi Stand.

After reaching Chansari Village, one has to climb stairs of 3km. The road is now extended to more than 5km which lesser the stairs climbing to one half. By personal vehicle or the booked vehicle one can approach to village Dharth which is after Halleni. It takes approximately 2 Hours maximum walk up the stairs to reach Bijli Mahadev Temple.

Bhunter Airport is nearest Airport from Bijli Mahadev. Which is generally known as Kullu-Manali Airport.

If you’re in good health and fitness, you can even trek all the way from Kullu to Bijli Mahadev. A 15 kms approach by foot town to the top of hill is an experience in itself.

The trek is steep ascent of over 2,500 feet via beautiful with jungles, apple orchards and small villages on the way.

By the time you reach the top, one can see the beginning of grasslands and catch a glimpse of the temple. After another climb of 250 feet one enters the meadows of Bijli Mahadev Temple Campus. 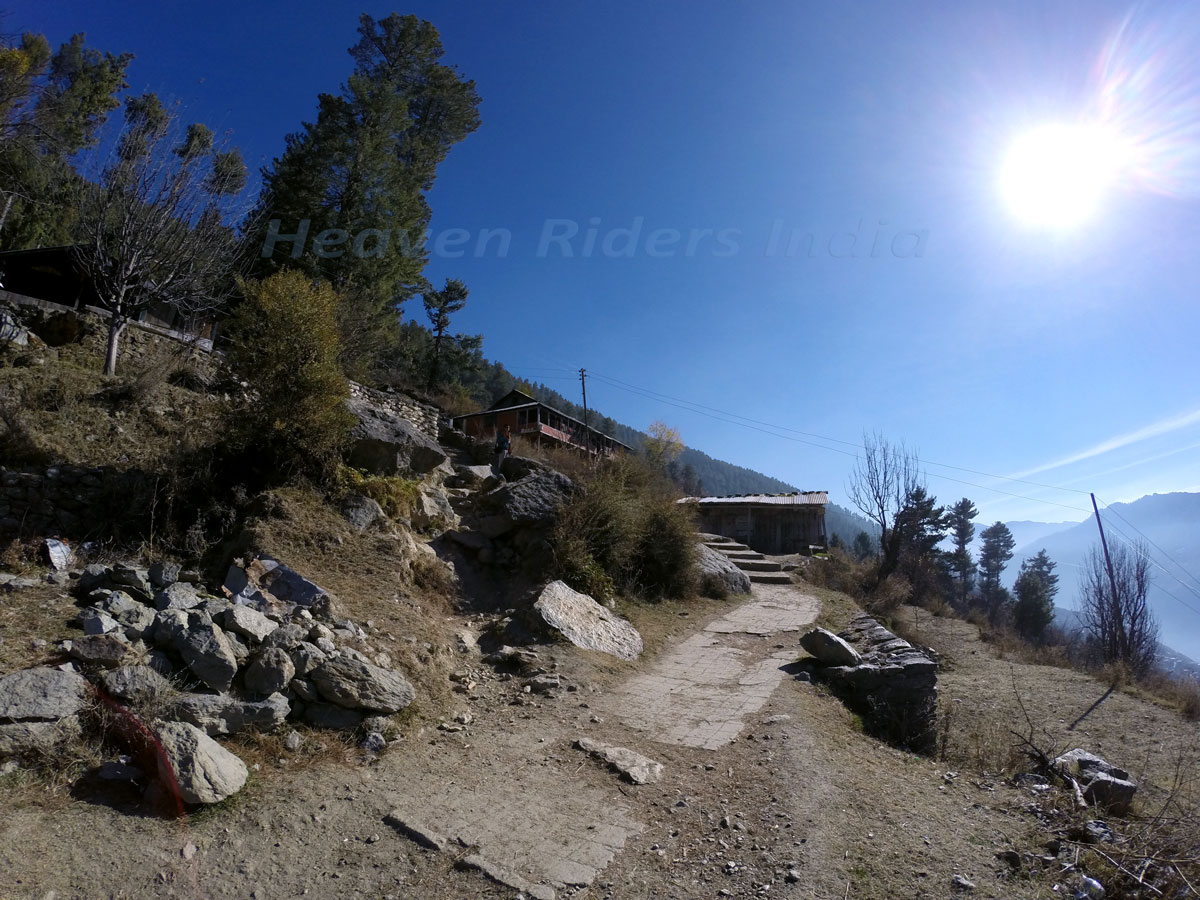 From top of the hill, you get to see a panoramic view of Kullu and Parbati Valley. When you turn around, there are now higher peaks to block your view in the close proximity.

The views of Dhauladhar and Pir Panjal Ranges of almighty Himalayas are also looks impressive from here. This is a 3 km long well-defined trail maintained by Forest Department till Bijli Mahadev temple. 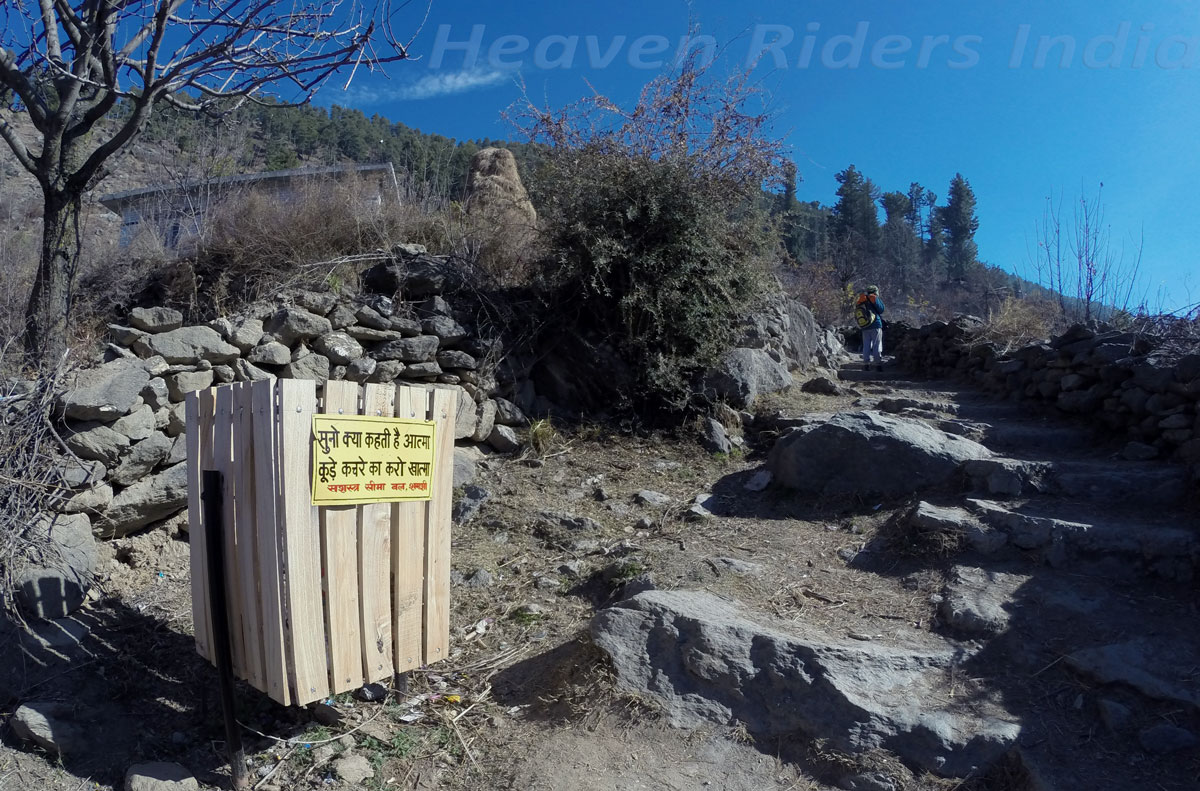 In summer and monsoon season, whole region is bustling with greenery and in the winters, the hill top receives heavy snowfall. Most important Bijli Mahadev trek is weekend trek; you only need 2 days and 1 night for the whole visit. 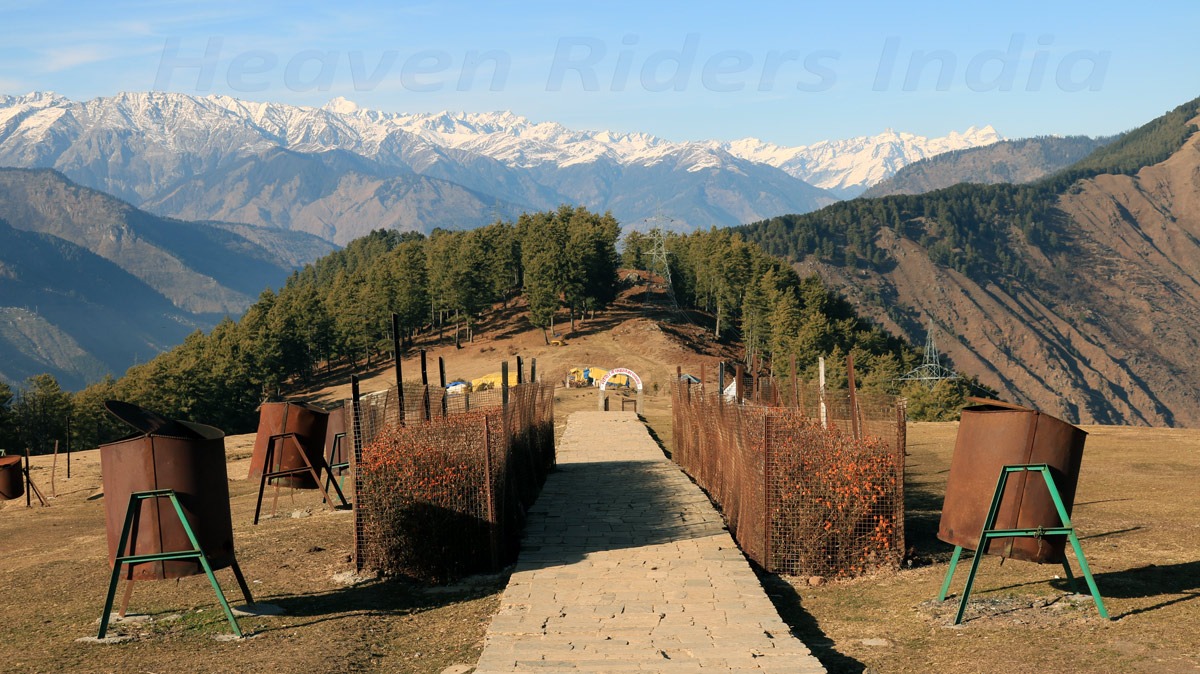 From Bijli Mahadev campsite, you can trek to Naggar, famous Malana Village, Matikochar and to tourist destination Kasol and Gurudwara Shri Manikaran Sahib via Malana village.

If you have plan to stay here, you can easily pitch your tent here or there are few locals running the shops/ Tea-Stalls, they will provides you the accommodation in their tents with awesome food in affordable prices.

We welcome visitors to write their experiences to help others to know more about Bijli Mahadev mail us at heavenridersindia@gmail.com

Vishal Thakur is a passionate traveler. He is Journalist by profession but love with nature made him a traveler.