The Historic Mughal Road reopened for the movement of Light Motor Vehicles after remaining closed for over three months while the national highway, connecting Ladakh region with Kashmir valley remained closed.

Tourists are happy and residents of Kashmir Valley felt relieved after the historical road was made operational for vehicular traffic.

Local Administration earlier attempted to reopen the road in March but due to snowfall with heavy rains forced its closure.

The Mughal Road that connects Rajouri and Poonch districts with the rest of J&K is a lifeline for the villages located on the border as it connects them to the prominent cities of the state, which are the hub of economic activities.

According to media reports, Local Administration told that Light Motor vehicles only were allowed to ply on Mughal road, connecting Shopian in south Kashmir with Rajouri and Poonch. 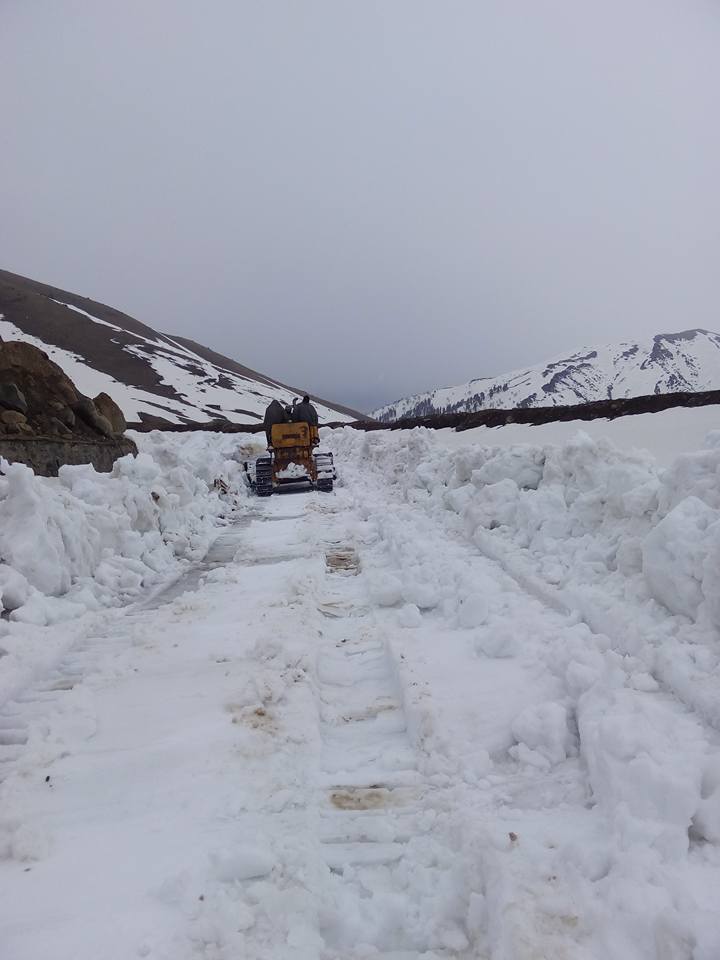 The Mughal Road was once used by Mughal emperors to travel and capture the Kashmir valley in 1586 using this route.

For centuries the road remained close, but it was rebuilt in 2005 as a connection road between the landlocked valley and rest of the regions of India.

During the months of winter heavy snowfall forces closure of the road link.

Heaven Riders India in the simplest of terms is collection of minds and spirits who love the mountains and nature for all it has to offer. Mountaineering and trekking to say the least has one important ingredient-passion. Having said that it also needs a soul which is Adventuresome & love to explore. We at HRI strive to provide the best experience one can have in exploring the enigma and beauty of the Himalayas in all its pristine majesty. Heaven Riders India offer a whole range of activities ranging from high altitude Himalayan treks encompassing Eco-Tourism to adrenaline filled sports like Paragliding, Guided Motorbike & Cycling Trips, Road Trips, & Holidays Trips on the various routes on offer etc. HRI ensure that if you choose to go on a trip with us you will indeed experience.